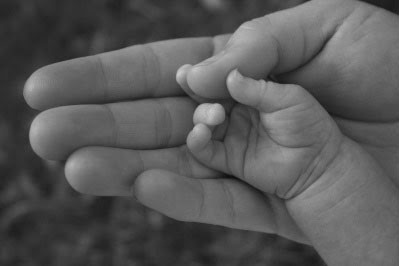 time flies, whether you're having fun or not.

how did it get to be the end of may?

how did my son get to be ten years old?

i mean this a couple ways:

one, it was only a couple years ago, i'd swear, that he was falling asleep in his crib, tenaciously holding onto the hand proffered through the rails by me or mrs. spaceneedl. he'd rub his fingertips over ours, as if he were memorizing every line, and if you tried to pull your hand away too soon, he'd wake up and have to start all over again.

it was annoying and achingly endearing at the same time.

eventually he'd fall asleep, and wake up smiling the next morning. the following evening, repeat, as needed.

i remember the routine very well, but i don't remember when it ended. i don't remember the last time i held his hand as he drifted off. more recently, he'd ask his mom or me to lay down with him and "sleep for two" (minutes), which is to say, fall asleep with him regardless of the actual minute count. but, there again, it's been awhile since that happened. he's getting too old for such things, it must be supposed.

how did my son get to be ten years old?

ah, yes, the other implicit meaning: how has the boy made it this far with the working IQ of a howler monkey? it defies explanation.

skinny as a rail, we get reports from school that he throws away most of his lunch, every day. this despite the efforts on our part to engage him in the lunch selection process, to preconfirm that, yes, he likes brand x protein bars and peanut butter sandwiches and chips and lemonade juice boxes, and a host of other items.

increasingly nearsighted, we get reports from his teacher that he won't wear his glasses in class. he'll squint painfully, briefly, in a half-hearted effort to read the board, then go back to drawing little battle vignettes on his notebook.

they're cool glasses, too, from the nike sports line, with the matching clip-on sunglass option.

unused, at the bottom of the backpack.

repeatedly reticent in his homework, we get e-mails saying he hasn't turned in assignments. the CDs containing Word files inexplicably go missing, allegedly stolen. we read the riot act, take away privileges, and threaten military school, without discernable effect.

beatings, i say. we must try beatings. mrs. spaceneedl is not amenable to the suggestion.

yesterday my son turned ten years old. how will he get to be 20? how old and decrepit will his parents be by then? it's too daunting to contemplate.

time flies. whether you're having fun or not...
Posted by spaceneedl at 10:52 AM 2 comments:

mrs. spaceneedl is headed to san francisco for a conference.

just before leaving, she received the following cautionary e-mail...

The Heart Rhythm Society has learned from the San Francisco Department of Public Health that there have been reported cases of what is suspected to be norovirus in the San Francisco area. A number of those affected were attending an earlier event at the Moscone Convention Center.

bla bla bla, We look forward to seeing you in San Francisco.

and call me a cynic, but if the norovirus is "in the san francisco area," disinfecting moscone center is a big waste of time. anyone carrying said virus and entering said center will simply recontaminate everything.

similarly, anyone with the virus who works at the nearby hotels and restaurants and bars and on and on will contact many people who then enter moscone center, contaminating the shiny disinfected surfaces.

seriously, "disinfecting moscone center" is akin to bailing out the titanic with a butterfly net. you might just as easily hook a great white shark and go water skiing.

note: people in the east bay regularly make their way into san francisco, and the moscone center. will city health officials also disinfect for whooping cough? if not, why not?

while we're on the subject, why not inoculate attendees for avian flu? screen them for mad cow disease? survey them on their safe-sex practices? check their cholesterol?

so many disease vectors, so few cures.

and at the end of the day, it'll be something else entirely that gets you.

bon voyage, sweetie. when you get back, i'm off to orlando.

where hurricane season is just about to begin.
Posted by spaceneedl at 2:28 PM No comments:

a model of restraint

somehow i got on the ipsos-voice nw survey list.

they want my opinions on all kinds of things, some of which i actually know a little about. and the things i know nothing about? i offer up opinions on those, too.

my own little 'operation chaos.'

today they were asking about the spaceneedls' travel plans for the next 12 months. tsk, that's easy...we have no travel plans.

because we're remodeling a bathroom.

for reference, see the fabulous photo above. our new space will be very similar, in 1 /20th of the space. and 1/100th of the budget. also, no huge jetted tub. and if you could imagine, just one smallish window. tile, not plush carpeting. subtract out the fireplace. and the odd, non sequitur tree.

aside from those items, very similar.

mrs. spaceneedl, poring over an ikea catalogue, laments the dimensions of the room: "nothing's going to fit in here." she recounts a conversation with the contractor, who said "you just need a bigger house."

sure. from remodeling a bathroom to contemplating a new house in three weeks or less. we can afford a huge house, i tell her. we could buy a veritable mansion...in omaha. somewhere upwind from the stockyards, preferably.

so, okay, the house has some limitations. it was built in 1941, not anticipating mrs. spaceneedl's ambitious expectations. despite this--despite the non-negotiable budget and available space--we're still dumping our travel money (for the next several years) into a bathroom.

and why, one might reasonably ask? survey says...? the spaceneedls aren't very smart!

in conclusion, and in answer to inquiries from friends and pollsters alike...where are the spaceneedls going on vacation this year?

we're going to the bathroom.

thanks for asking.
Posted by spaceneedl at 10:40 AM No comments: