the killing will continue 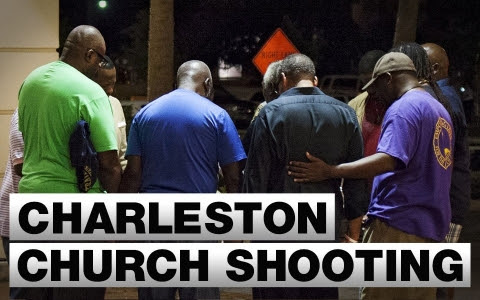 "institutional racism no longer exists in this country."

"guns are not the problem in this country."

"the scariest animals on the planet are white americans with guns."

"i don't know" if the self-proclaimed racist shooter was motivated by racism. ~ jeb bush

“i just think he was one of these whacked out kids. i don’t think it’s anything broader than that.” ~ lindsay graham

"this is the M.O. of this administration anytime there is a accident like this. you know, the president's clear. he doesn't like for americans to have guns." ~ rick perry

"this type of conduct is something that only our display of our own love and good faith that’s in our heart can change. laws can’t change this." ~ chris christie

from the pro-gun, christians-are-persecuted "news" channel, this:

“we’re urging people wait for the facts, don’t jump to conclusions, because there does seem to be a rising hostility against christians across this country because of our biblical views."

and from the paper by and for privileged white people...

"the system and philosophy of institutionalized racism identified by dr. king no longer exists."  ~ the wall street journal

one might be forgiven for thinking that roberts, in his cloistered, privileged, lily-white world has no earthly idea what he's talking about.

he'll certainly have a hard time convincing the countless families of african americans killed by police every year.

interesting fact: no one knows how many people are killed by police in america every year. think about that for awhile. being killed by police is a pretty specific cause of death. and, being public servants and all, cops are required to write reports on just about everything they do.

but somehow, at a time when the NSA digitally records everything americans do 'round the clock...we don't know how many people are killed by cops in a given year, "...because of the way agencies count and report data."
what we do know, however, is that black folks are "about four times as likely to die in custody or while being arrested than whites." and we know this:


"KilledByPolice.net, a simple website that records mainstream media accounts of shootings as they occur, assembles them in a barebones database.
"The website started counting police shootings in 2013, and has a complete list for 2014. There’s a good chance that the website has missed some deaths, but for our purposes it’s better that the totals are too low than too high.
"KilledByPolice also notes when a news story includes information about gender and race of a victim. Not all news stories have that information, so again, the actual number of black victims is probably higher.
"But based on a count of news stories collected at KilledByPolice, there were at least 238 deaths of black Americans by police in 2014."
***********
to sum up, lots of people being killed in america, disproportionately more black folks than white. lots of them being killed by cops, which sounds lot like institutional racism.

but according to the cream of the conservative white people crop, we shouldn't jump to conclusions because we're not sure any of this stuff is actually happening.

in the meantime, the killing will continue.

Posted by spaceneedl at 3:51 PM No comments: 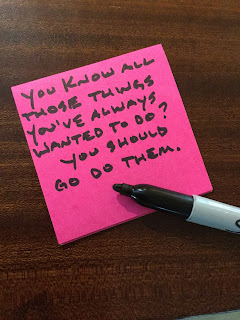 medical science is not advancing as quickly as I thought.

it's been nine years since pancreatic cancer took my mother-in-law from us.

and now it's got my brother-in-law as well.

it's still a death sentence.


Posted by spaceneedl at 9:02 PM No comments:

~ passing jonathan dughi on an out-and-back at the deception pass marathon. ed. note: we were both lying.

***********
i only fell down once at the deception pass marathon, the best candice burt course i've ever run.

this is a win, because usually her courses are designed to turn runners upside down and inside out. candice, see, has a wicked sense of humor.

in the spirit of full disclosure, there were a couple times in the last couple miles when i was thisclose to serious bodily harm, tripping over rocky, rooty singletrack on a short, steep downhill. pupils fully dilated, i somehow managed to avoid the ruinous faceplant, and continued on. thanks, trail gods.

***********
moving on...deception pass is also the best marathon course i've ever run. set on miles of washington coastline, some barely above the water, some on cliffs high above, it's the most dramatic venue for a race i've had the good fortune to stumble across, or over, or through.

it's very runnable, with just enough climbing, just enough singletrack, just enough time running through deeply verdant woods. and of course there's the breathtaking deception pass bridge, which you get to cross twice, no extra charge.

as a general matter, it's hard not to feel great in these surroundings, but somehow, mile 16-ish, i managed. for still-unknown reasons my body started to feel all sun-mountain-y, which is to say, not good. hydration? nutrition? training? i'm gonna say no, no, and no...but it's definitely something. i need to get a handle on it, stat, because really there's no excuse.

unlike sun mountain, however, this time everything turned around. somewhere between mile 16 and mile 18 i bounced all the way back ~ my legs had renewed spring in them, i was running smoothly, and there was a zip-a-dee-do-dah smile on my face the rest of the way. go figure.

i'm pretty sure i ran a negative split over the last 10k...i can confirm or deny this as soon as i actually figure out how to use my new suunto ambit3 GPS gizmo. the data is uploaded, it just needs to be algorithmically parsed. hello, my name is michael, and i'm a luddite.

sidebar: maybe it's because we live all the way up in the left corner of the country, but this race should be a lot more popular than it is. i mean, there's a race, there's endless natural beauty, there's a great after-party, and there's a band. what's not to love? i have to think if deception pass state park were slightly more accessible, this event would have a wait list every year. but apparently an hour and a half drive from seattle is just inconvenient enough to keep some runners away.

their loss. i will definitely plan to run it again.

***********
many thanks to candice, the bellingham trail running crew, and all the volunteers for their extraordinary efforts. except for the part where mike reopelle wrecked himself four miles in (and still finished third!), this day was perfect.