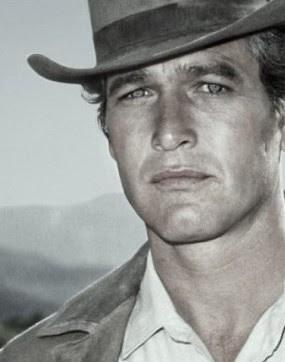 Butch: What happened to the old bank? It was beautiful.
Guard: People kept robbing it.

in its 162 years, wells fargo has endured numerous robberies. stagecoaches and trains and banks, oh my.

it must've cost the company, literally, thousands of dollars.

so you can't blame today's wells fargo for wanting to recoup its losses ~ with billions in interest.

multinational corporations are people, after all. they only want what's fair.

and what could be more fair than uncounted billions in taxpayer funded bailouts, bonuses and boondoggles? ninety-nine percent of the 99% are willing to ignore such things, most of the time. until it affects them directly. then folks get irritated enough to complain, a little.

thanks to social media, occasionally those complaints generate a desired response. not often, but sometimes.

in the "not often" column, there's the wells fargo role in the subprime crisis, racially discriminatory lending practices, and ravening foreclosure factories. the company has deepdeepdeep pockets, see, and no qualms about driving its customers to ruin of varying and permanent degree (and by permanent we mean death).

the company has been sued, to be sure ~ repeatedly. but such cases, when brought by individuals, rarely are decided against mega-billion dollar corporations. larger parties, like blue cross-blue shield of minnesota, and the cities of baltimore and memphis, seem to fare better. go figure.

also, wells fargo is not afraid to eat its own, if by "its own" you mean garden variety and therefore completely expendable employees...

Richard Eggers, 68, was fired in July from his job as a customer service representative for putting a cardboard cutout of a dime in a washing machine nearly 50 years ago in Carlisle, Iowa, the Des Moines Register reported Monday.

Big banks have been firing low-level employees like Eggers since new federal banking employment guidelines were enacted in May 2011 and new mortgage employment guidelines took hold in February, the newspaper said. The tougher standards are meant to clear out executives and mid-level bank employees guilty of transactional crimes - such as identity theft and money laundering - but are being applied across the board because of possible fines for noncompliance.

Banks have fired thousands of workers nationally, said Natasha Buchanan, an attorney in Santa Ana who has helped some of the workers regain their eligibility to be employed.

"Banks are afraid of the FDIC and the penalties they could face," Buchanan said.

wait, banks are afraid of what? the fdic? penalties? do you think natasha said that with a straight face? or do you think she said it with a snort, rolling her eyes? good one, natasha.

as noted above, the purpose of the "guideline" under which mr. eggers was fired was "to clear out executives and mid-level bank employees guilty of transactional crimes ~ such as identity theft and money laundering."

unbreaking news: employees fired over a 1963 dime: one. wells fargo executives fired for their role in the subprime crisis, reverse redlining, and predatory lending: zero.

"thanks to social media, sometimes those complaints generate a desired response."

yeah, this is not one of those times. mr. eggers filed with the fdic to be reinstated to his job, but it'll be months before his case is resolved. this despite the fact that his story has gone viral, internet-wise. google it. eggers was featured in an abc news story, and was even contacted for an interview by the colbert report. that's almost as good as walter cronkite. better, even, since uncle walter is not currently alive.

upon a time, people robbed banks (and stagecoaches and trains) because it was sort of easy. pull a gun, blow open the safe, ride off with the money. then the people with the money got wise, and made robberies much more difficult. and dangerous. over time, and for the most part, the robberies ceased.

or, at least, they ceased to be a problem for wells fargo. which has learned the lessons of history and ridden off with the real money.

which, one might easily imagine, is the best revenge.

Butch: I couldn't do that. Could you? How the hell can they do that? Who are those guys?

Posted by spaceneedl at 8:11 AM No comments:

we ran on labor day.

let's face it, entire summers in seattle often don't feel like summer. they often feel like late winter, or mid-fall, or any day in northern canada.

anyway, we ran on labor day, the girl, the missus and i. we had to gear up a bit, because pre-race temperatures were in the low 50s. and by "gear up" i mean, "stand around in our running shorts, shivering."

that's not entirely accurate. i did have on a long-sleeve tech shirt. and i ran around the parking lot to stay warm. the missus and the girl did most of the shivering.

technically, the labor day half marathon is in redmond, wa., home of microsoft and a couple other things, i'm sure. let's see, there's...um...redmond ridge winery! and the famous black raven brewing company. (full disclosure: i've never heard of either of these establishments, and if you have, you're thirstier than i.)

the girls were running the 4-mile event, which was notable in that neither of them had ever run four miles consecutively. they were game, nevertheless, and i'm pleased to report that both set a PR for this distance! which, really, they couldn't help but do, even if they had staggered across the finish line the next day.

they had fun! they had respectable times! and about the time they finished, the clouds parted and the sun broke through, as if in celebration of their achievements! glorious.

meanwhile, i was still running, and no longer cold. i was, in fact, overly warm. i remember thinking, "it's hot now," even though it was probably all of 68 degrees.

all the while, the girls were filling their swag bags with a plethora of nutritious gels and bars and drinks and having a big ol' time. laughing, listening to music, enjoying the not-so-hot sunshine. la ti da.

meanwhile, i was still running. i had a goal in mind, and the only way to achieve it was to continue this way until the finish line, at which point i would stop running for a while.

i glanced at my watch at about mile 7 and thought, "you're running too slow. if you're going to make that goal time, you'll have to run faster than this." so, miles 7 through 13.1 i ran faster.

the people i had been following, i began to overtake and pass. this is difficult, i have learned, because late in a half marathon you've already expended a bunch of energy, and the runners ahead of you are often better runners than you. plus, they're usually quite competitive and don't feel like being passed.

i appreciate this fact, and felt a little bad for the people i was passing. i felt like i should apologize for passing them so late, since they undoubtedly trained hard and had run a good race thus far. then i remembered this was a race, and passed them anyway. next time, given the chance, they'll pass me. i won't be upset.

confession: i've been kicking around the idea of running a marathon. just kind of daydreaming about what kind of time committment and physical torment would be required. and, rounding into the last half mile of the second half marathon in a row i thought with great sincerity, "thank god it's not 26.2." i'm not ready for a marathon. yet.

a couple hundred yards before the finish line, there was one more runner ahead of me i thought i could pass. i caught her on the turn into the parking lot, on her outside shoulder, and was a couple steps ahead of her before she knew i was there. i don't think she liked that very much. she kicked it up a notch and we ran neck and neck for a few strides. then i kicked it up a notch and beat her by several steps. "i'm sorry about that," i totally didn't say, because it was a race, and besides, i was busy looking at my watch and wondering if it was right.

if it was, i had beaten my goal time by more than three minutes, and my previous PR by nearly seven minutes. i chugged a couple bottles of water, found the missus and the girl, and we traded high-fives and smiles. they showed off their swag bags, and we wandered over to the post-race area near the vendor tents.

we stretched, we relaxed, we filled up my swag bag. free stuff! woo hoo! finally, i went over to the official timing/results tent and entered my bib number into the keypad. turns out my official time was faster than my watch-time.

don't get me wrong, i'm not fast. but in 2012 on a late, sort-of summer labor day outside seattle ~ the girls and i had the time of our lives.
Posted by spaceneedl at 9:48 AM No comments: