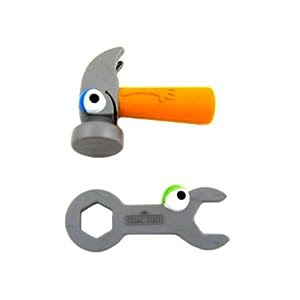 a year ago i was young for my age.

now i'm old for my years.

my, how time flies when it's artificially accelerated.

the 9 to 5 desk has been replaced by a sit-stand work station, at which i never sit. I no longer own a pair of basketball shoes. and my clothes have been replaced by the wardrobe of someone significantly less corpulent than i.

the upside, however, is that my knee is now a more dependable predictor of rain than the weather channel.

I think the changes were long overdue, and will be to my benefit for the long haul.

but I miss the old normal.
Posted by spaceneedl at 1:10 PM No comments:

i've never been a gadget guy.

i've never felt the need to be the first on the block to own the latest widget.

that said, i'm prepared to be insufferably pleased with my new ipad.

standing here on the end of technology's diving board, with billions of life-enhancing apps a short download away, i have just a whisper of remorse about this amazing toy: i wish the geniuses at apple had named it something else.

they could've gone with itablet or islate or irobot. something. anything. ipad? you can't tell me the focus groups were excited about that one.

but iquibble. the folks in cupertino got so much else right. the unpleasantness with adobe notwithstanding, of course. and the unfortunate lack of USB connectivity. and the strange absence of a web camera.

besides that, i mean.

first task at hand: getting off the work computer.

the thing's a piece of PC junk. compared to an apple product, it's awkward and inelegant and uninspiring. not to mention the fact it doesn't belong to me. that makes it a bad place for vacation photos, the music library and other nonwork stuff.

once that transmogrification is done, there's lots of exploring to do. i'm not big on user's manuals, but then again the ipad doesn't have one. not an old-media version, anyway. so i guess i'll just have to dive in and swim around awhile.

what will it do? is there an app for yoga and wine and travel and novel-writing and boat-buying? sure there is. i just have to go find it.

what won't it do? tsk, silly question. it'll do anything clever people can imagine. if developers were into such things, it'd probably cap the deepwater horizon well, clean up the gulf, and convert the world to a rainbows and faeries-based power supply.

it'd cure cancer, locate missing children and put the 'yes we can' back into barack obama.

it'd find god, ask her if she has any good app suggestions, and implement them with a couple subtle improvements.

it might even bring summer to the pacific northwest. nah, let's not get crazy here.

sidebar: it just occurred to me that the spaceneedl family is getting all appled up. between us, in the last year or so we have acquired a macbook pro, an iphone, an ipod touch, a nano, a shuffle and this ipad. it happened over time, so gradually that we didn't even notice.

but here we are. it's an apple world. and we're living in it. what happens now?

like this new device, let it be a pleasant surprise.
Posted by spaceneedl at 9:06 AM No comments: 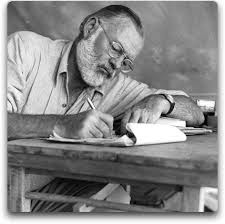 the thing about writing is, there's never a lack of subject matter.

sometimes there's too much.

at such times, the brain can fail to process the wealth of options. the keys can stop working. the words get stuck and scrambled.

this is one of those times.

i can trace this trend back about three weeks to the spaceneedl family gathering in the arizona desert. one, there was no wi-fi where we were staying. so two, i didn't bring my computer with me. and three, it was an emotionally charged series of days that i still haven't sorted out.

in no particular order there was a wedding, relatives who hadn't seen each other in years, a 50th anniversary celebration for my parents, and a vigil for my father-in-law's cat, which was on its last legs.

on the upside, we did get to fly there and back in first class. the wine, while not good, was free.

the following week, i was off to san francisco, for a string of days with colleagues and several thousand of my closest urology friends. and by "friends" i mean people i've never seen before and whom i don't expect to remember even if i see them again.

those kind of friends.

while there, as previously reported, one of our cats died.

despite that, or perhaps because of it, i was overserved some excellent wine during the evening events. a bunch of us climbed california street to the tonga room at the fairmont hotel. think tiki bar meets 80s cover band. i rode a cable car for the first time ever (despite having once lived in san francisco). and we wandered, wide-eyed, through the california academy of science. the exhibits were interesting, but nearly overshadowed by the open bar, the heavy hors d'oeuvres, the cirque du soleil performers, and the tim burtonesque characters from alice in wonderland.

turns out, those urologists really know how to party.

last week there was the camp experience. about it, i tweeted thusly:

getting eight sixth grade boys to work up a camp skit? sure, no problem.

camp, day three. let's take a look out the weather window where it's...raining. for a change.

those observations don't entirely sum up camp. in between the tweets there was the dangerously failed archery debacle, the utterly unchallenging challenge course, soggy s'mores by the smoky campfire, and KP in the mess hall on spaghetti night. and lest we forget, ants in the beds.

there was no alcohol at camp, for a number of very good reasons. so while everyone got soaked, the adults dried out. isn't it ironic...

random rhetorical question: if the technology had existed, would hemingway have tweeted?

through these many days of joy and sorrow and celebration and melancholy and laughter and reflection and too much wine and not enough wine, i notice that i wrote nary a word about any of it.

it wasn't for lack of content, so it must've been something else.

i have no idea what.
Posted by spaceneedl at 7:32 PM No comments:

hold on, hold on to yourself
this is gonna hurt like hell

hold on, hold on to yourself
you know that only time will tell


olivia died this past weekend.

we don't even know why.

she was only eight years old or so, still young for a cat.

so we were prepared to go too far, spend too much, to get her healthy again. we've done it before, for the big dogs, and we were ready to do it again.

but we never got the chance.

she died overnight, at the emergency vet clinic, and we found out the next morning.

the children were sad that next day, but they seem to have gotten over it. the missus and i, however, unlearned long ago how to let go so easily.

it's not that there's a lack of life in the house. we have an abundance of the two-legged and four-legged variety.

it's that olivia was part of the fabric of that life. it's that she had a well-defined place amongst us, a vital space that is gone empty.

it's that we expected her to fill that space for many years to come.

and it's that i didn't even get the chance to say goodbye.
Posted by spaceneedl at 10:14 PM 3 comments: