epiphany in an in-box

now THIS is junk mail.

today i got an email from the American Society of Plastic Surgeons. in it was this stunning headline:

i kid you not.

note: the ASPS is the professional society of practitioners of the, uh, plastic arts in the US. they put on the group's annual conference, which i have attended. seriously! i saw some work there that...wait. i digress.

the link led to this lede:


"Al-Qaida’s chief bomb-maker is rumored to have developed explosives that can be concealed in implants or body cavities, and are undetectable by airport scanners.

"Staff at London's Heathrow Airport have reportedly been warned to be on the lookout for explosive breast implants, with one staff member saying "there are genuine fears over this."

"We have been told to pay particular attention to females who may have concealed hidden explosives in their breasts," the airport worker said.

in other words, we have met the enemy, and they are boobs.

no wonder there's been such an uproar recently over breast feeding in public (really, google "public breastfeeding uproar." it's a become a thing). turns out the self-appointed mammary police aren't being overly sensitive ~ they're worried about the safety of the children. that's nice of them, don't you think?

it's a wonder that this story hasn't blown up worldwide. or at least in the traumatized states of america. it's got everything: explosives! terrorism! boobies! it's the kind of news that fuels the national obsession with titillation ("side boob!" "nip slip!" "wardrobe malfunction!") and keeps the NSA in business ("america wants us to find those boobs!").

how long before the TSA adopts a whole new pat-down protocol for female passengers? and what will that look like ~ i can't imagine, and i have a vivid imagination.

while we're at it, why doesn't this alert apply to anyone who looks like they've had some work done? face lifts, butt lifts, calf implants. these are not the exclusive domain of women, you know. men get them, too!

which makes me think this whole "story" could be the perfect diversionary tactic: people get all crazy ogling women's chests ("those could be fake, those could be real, those could explode"), while men with false pecs strut right on by.

casting the human female breast as a weapon of mass destruction?

sigh. the terrorists (and fox news) have won.

Posted by spaceneedl at 7:45 PM No comments:

it's a completion thing

when i got back to the house, the garmin said 19.5 miles.

then i thought, "uh, no. you didn't come this far to come up a half mile short."

i kept going another half mile.

on a related note...this was my first-ever 40+ mile week.

i'm feeling some carpolepsy in my future.

on my feet and moving.
Posted by spaceneedl at 12:53 PM No comments:

make it up as we go

"An athletic achievement like winning a race, setting an FKT, or even simply running your first marathon are all moments suspended in time that came about because you focused your great energy and creativity on them.  Believe in yourself, practice, enjoy the process."
~ candice burt

i'd like to be candice burt when i grow up.

in her world of trail running she makes up her own events, runs beyond their finish lines, then discovers she doesn't really need events or finish lines any more.

in other words, she does what she wants, when she wants to ~ and does it very well. where does one apply for a job like that?

a little reading about trail running reveals a couple consistent themes: one, practitioners say they feel most human, most alive, most at peace when running along an unpaved path through the woods or astride a remote mountain ridge or on the edge of some nameless canyon. two, these folks also describe jaw-dropping physical punishment that sometimes goes along with running in places like these.

oh, yes, three: more often than not, trail runners keep going. seriously. the last thing any of them will countenance is failing to finish. when they don't, usually it's because they've lost consciousness. or a limb.

i came late to this party, and i've yet to experience anything really extreme. so far i haven't attempted anything far enough or steep enough or treacherous enough. this, i know, is both to my benefit and detriment. what i can confirm, however, is that trail running is life-affirming, soul-soothing, and good for my little brain. it requires you to keep your head in the game 100% of the time while simultaneously enabling you to forget there's a game going on at all.

and you have to appreciate any endeavor where you make up your own events, run beyond the finish line, and get to decide when finish lines are arbitrary and silly.

"Believe in yourself, practice, enjoy the process."

this way, i think, lies freedom.

on my feet and moving.
Posted by spaceneedl at 11:03 AM No comments: 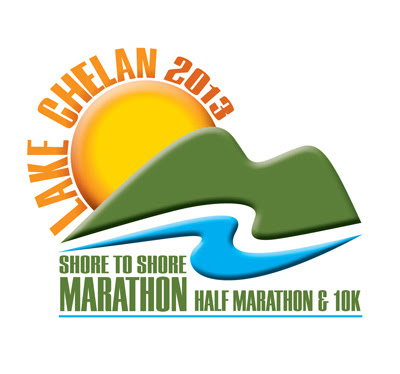 "You're not puking and nothing's broken, so get going." ~ Vivian McQueeney to her husband, Scott, during the Badwater ultra marathon (2000)

we're t-minus 31 days to september 7. which explains the queasy feeling in my stomach.

it turns out training for 26.2 miles is hard. after back-to-back 37-mile weeks, my body is looking at me sideways, saying, "you, sir, are a jerk."

so far the aches and pains are tolerable. the fatigue and recovery, however, are a work in progress. as noted elsewhere, i've contracted a good case of carpolepsy ~ "a chronic, inexorable need for a lunch-hour nap in one's car. symptoms include apathy toward remaining upright, inability to do anything requiring open eyes, and system-wide dullness, languor, and torpor."

i think it's the dullness, languor and torpor that troubles me the most. maybe. i don't know. whatever.

what i do know is, where i used to routinely go get some lunch, go shopping for shoes, or  head out for a run, now i whatever i can't finish this who cares where are my keys

finding a shady spot to park is important. away from other cars and foot traffic is preferable. windows down far enough to let in a breeze, not so far as to let in random birds. seat back as far as possible. rolled up yoga mat for neck support. turn off the phone. deep breath...

bam, it's an hour later. where am i? what day is it? where'd these feathers come from? i may have eaten a bird.

bird or no, at this point i'm always starving. and i never bring enough food. this happens every day! why don't i bring more food?? f*ck! i keep a jar of peanut butter in my cabinet for just these occasions. i'm eating peanut butter. i don't particularly care for peanut butter, but, you know, where's my spoon?

i have one of these 36 oz. bottles at my desk, and it gets refilled about three times a day. with water. because i'm drinking a lot of water.

i also have a water bottle in my car. there are too many variables in a long commute to be without it. even in seattle, where it rains a lot. i don't want to find myself broken down on the side of the road, dehydrated, hoping someone will drive by and splash water in my mouth.

do you know the word "desiccation"? it's not a pretty word, and i don't want to be associated with it. ever.

at some point in the past few months i went from, "i have no interest in running a marathon," to "i might want to run one at some point," to "i've signed up to run a  marathon on september 7." i don't know when the tipping point happened, but it's set off a little cascade of epiphanies that i'm still processing and will write about at some point if i can keep from losing consciousness. that was a long, awkward sentence. i don't care.

it's not like several people haven't run marathons before me. they have. and it's statistically probable that some of them did so without contracting carpolepsy. so, in the interest of salvaging whatever dignity i may have left, i believe i'll just shut up and run.

current status: not puking. nothing broken. getting going.

on my feet and moving.

Posted by spaceneedl at 10:16 PM No comments: