maybe it's a laettner thing 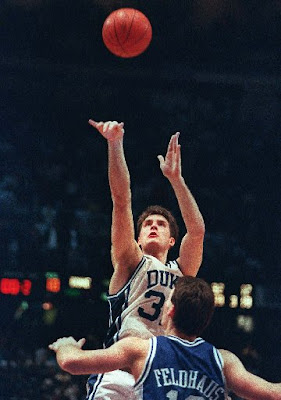 this is a logical disconnect, because i like mike krzyzewski, and i respect the program he runs.

in fact, i'd love it if the university of colorado ran its basketball team the same way.

that said, every time duke plays, i pull for them to lose. the further they go in the tournament, the better that loss will feel.

sorry coach k.
Posted by spaceneedl at 10:58 PM No comments:

"we can easily forgive a child who is afraid of the dark; the real tragedy of life is when adults are afraid of the light." -- plato

something very, very good happened in america this week.

it feels like the first time in a long time something this good happened. but then you remember, it was less than 18 months ago that barack obama was elected president.

healthcare reform is a goal that generations of americans worked for, but never achieved -- until this week. the bill that passed was not what progressives were hoping for when obama and a democratic congress were elected in 2008. it's not single-payer, and there's no public option. but that's like saying there's no genie granting wishes inside your tiffany lamp.

providing care for 30 million uninsured people, outlawing discrimination for pre-existing conditions, and reducing the deficit is a "win" for everybody -- even the people who would rather get sick, go bankrupt and die early.

speaking of right-wingnuts, why do they take such great joy in trying to ruin a great thing for everybody? currently i'm patiently tolerant of their infantile temper tantrums and their lashing out at those who helped.

but patience, like the healthcare bill, has its limits.

at some point, say when a wingnut follows through on the threats of violence against those who worked for this day, we may have to kick them off the island.

at some point we may have to say, fine, have it your way. no healthcare for you. similarly, if your house is ablaze due to your substandard wiring -- no fire department will respond. if a home-grown terrorist threatens to blow up your local federal building -- no police protection will be available.

while we're at it, no social security when you're ready to retire. and no national security provided by our armed forces. no taxpayer funded services for you at all.

that's what you want, isn't it? no taxes at all? fine, you got it. oh, and keep your cars off our roads. get your feet off our sidewalks.

and if we see one more of you spitting on a congressperson, or calling them faggot or nigger? an all-expense-paid waterboarding, just because you like that kind of thing so much.

fair enough? excellent. glad we could have this little chat.

by the way, we'll still happily provide public education for your children -- we're hoping they don't turn out like you.

on the other hand, if you can calm down, take a deep breath, and act like civilized adults, maybe we can arrive at some sort of accord. maybe we can allow you to live among us.

we're all americans, after all. no matter how hard you try to prove otherwise.

come into the light.

all are welcome.
Posted by spaceneedl at 10:15 PM No comments:

a death tax we can live with

the washington state legislature is pondering ways to balance the state budget.

this is not an idle exercise, as the governor is required to propose a balanced budget, state law forbids the state to be in the red at the end of a two-year budget cycle, and borrowing money to fill a gap in the operating budget requires a 60 percent vote in both houses of the legislature.

yes, i looked it up.

so, in a pro forma attempt to be fiscally responsible, along with the usual draconian cuts to education, healthcare and other human services, the legislature proposes to raise the tax on cigarettes by a dollar a pack.

the people affected by the cuts have no recourse, of course. not to worry, they're used to getting screwed. the tobacco industry, however, has the unlimited resources and unmitigated gall to fight anything standing between their products and their victims.

to that end, a front group for the death-by-tobacco industry is running ads in washington, using anti-tax teabagger talking points in an attempt to derail the proposal. their radio spot starts out like a straight right-wing anti-tax screed, but quickly shifts into high tobacco-defense mode.

it's so painfully transparent and obvious that it would be funny...if it weren't coming from people who traffic in disease and death on an epic scale.

there are 440,000 tobacco-related deaths a year in the u.s. i'm no mathematician, but i'm pretty sure that's a lot of lung cancer. and pancreatic cancer. and cervical cancer. and stomach cancer.

it's a lot of pain and suffering and since we don't give proper due to such things, it's also a lot of money. direct costs, loss of productivity, loss of tax revenue. funny, nobody ever points at tobacco companies and says, "you cost the economy $100 billion a year, so we're going to tax you enough to make up the difference. is that okay with you bloodsuckers? 'cause if it isn't, we'll just shut you down."

framed that way, the i bet the bloodsuckers would be okay with it.

healthcare is unaffordable or unavailable to tens of millions of americans -- so who could argue with a tax on the world's leading cause of morbidity and mortality? republicans, of course.

in this case the tax would be paid by the customers, which seems a little unfair, since they're paying extra for the privilege of dying a slow, excruciating death. but, whatever...the customer is always right.

what a strange and wonderful country we live in, where the idea of taxing people to pay for government services is an outrage...but allowing a product that kills 440,000people every year to stay on the market is okie-dokie.

it's funny how death is so easily accepted, but taxes?! positively unamerican. no one tops the u.s. in this particular brand of cognitive dissonance and bizarro non-logic.

the washington state budget ain't the only thing unbalanced around here.
Posted by spaceneedl at 10:36 PM 2 comments:

six years ago we returned to seattle, determined never to leave.

we fell in love with the place the first time around, in the late 80s. as it happened, we left anyway, following jobs that we imagined would become careers that would lead us to security if not prosperity. for the next 15 years, even as we moved between a series of cities that were not seattle, we pined and planned to return.

for example, it wasn't long ago that a hybrid car from, say, toyota was a technological wonder and a bit of a status symbol. now it's a harbinger of "oh my god, it's behind us...get out of the way!"

it wasn't long ago that the washington huskies basketball team couldn't win a road game and had played itself into last place in the pac-10. tonight the dawgs have won 7 straight away from hec-ed pavilion, and won the pac-10 tournament. they're march-madly dancing.

it wasn't long ago that barack obama was elected president. the result of which would be a restoration of the u.s. to a place among respectable nations and bringing balance to the force. that or the implemention of an al qaida hegemony and the end of america as we know it.

the jury's still out on barry's impact on the future of history.

today another earthquake rocked the pacific rim, this time in indonesia. this evening, the spacedogs are acting nervous and unsettled, for no apparent reason. the boychild said, "they're sensing an earthquake is about to happen here." he laughed. we didn't.

today mrs. spaceneedl and i cleaned out the garage and sent a truckload of stuff to goodwill and the dump. meanwhile, the kitchen that would not live or die continued its journey through perdition. you know when the subcontractors are working on the weekend that things continue to skid sideways.

here's a crazy thought: what if we added another city to our personal history? san diego, say, or wilmington, nc. that'd be unexpected, wouldn't it?

to misquote a wise man, "don't look over your shoulder...a prius may be gaining on you."
Posted by spaceneedl at 8:30 AM 2 comments: 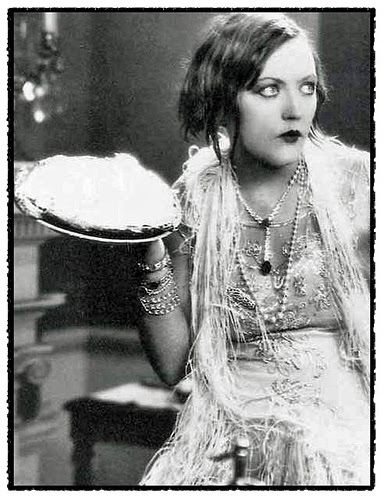 as a dinner guest in someone else's home, i try never to get in an argument with the host.

it's such bad form.

and yet, that's exactly what happened this weekend.

i don't know which was more upsetting, the disagreement, or that i broke my own rule.

my transgression is magnified by the fact that our own kitchen is still useless -- we need all the free cooking we can get.

that particular neighbor's kitchen is pretty well closed, i reckon.

p.s. i was right. he was wrong. not to mention stubbornly proud of his wrongness. wear that pie, em-effer. wear it!
Posted by spaceneedl at 8:38 PM No comments:

the crazy is contagious.

it's the only explanation.

all around me, smart and capable people are turning into snarling, conniving, beast-things.

it's because someone nearby, someone in a position of authority, is afflicted with a bad case of the jumping-up-and-down crazies.

and whether the crazy is airborne or in the water or transmitted psychically, it's going around like plague.

those of us not yet infected ("i'm not infected! i'm not! look, here's a sample of brain tissue!") are still affected in ways many and profound. we flinch in the face of the lunacy, and unsurprisingly it makes us look nuts.

others, fortuitously positioned at a distance, scurry away wild-eyed at our approach.

they know. they've been warned or somehow they've intuited it...

the crazy is contagious.
Posted by spaceneedl at 4:39 PM No comments: