more than a feeling 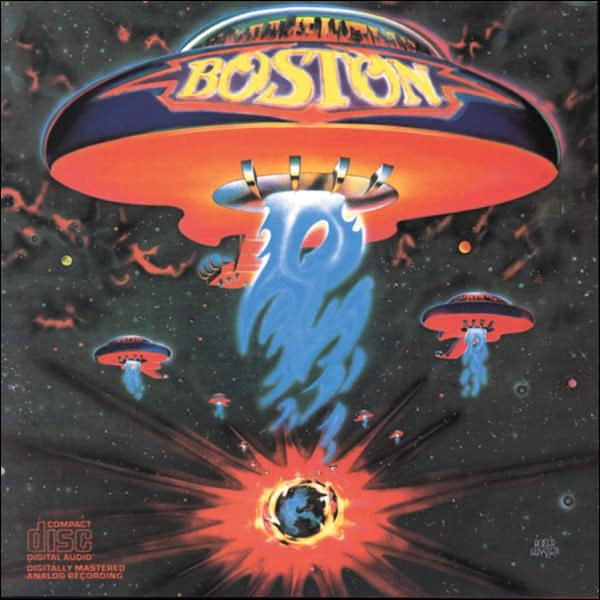 "We've just lost the nicest guy in rock and roll."

that's all it says now on the official boston website.

i used to think boston's music was pretty cool. i tried to sing along with delp, because as a kid i had some pretty good range. he went way past me into the stratosphere with those high notes. that's why he got the big money.

i had a girlfriend at the time who could really hit the high notes. make of that what you will. i'd sit there and listen, rapt, as her voice climbed, higher, higher...then we'd kiss a lot.

word was, back in the day, that delp was a relentless perfectionist. he'd mix and remix the band's tracks until they met his standards. his perfectionism allegedly kept the band from releasing new material, more material, any material. which i thought was a shame, as i recall. they had a couple more successful releases, but it always seemed like there shoulda been more.

in the summer of '78, i think it was, i played on a pretty good baseball team. we were state champions or some such thing. it seemed like a big deal at the time. on the way to games, a buddy of mine and i used to listen to an 8-track of boston's first album. it became kind of a soundtrack to the season, and it still brings back warm, summertime memories.

i used to think boston's music was aging well. then came the day i noticed, "damn, this music gets a lot of airtime."

now when i hear it, it'll seem like something's missing. something that was important to me, a long time ago.

update: turns out delp wasn't the stickler for detail in the band. that was guitarist and cofounder tom scholz. the band's first album sold 17 million copies, still the most-ever for a debut.
Posted by spaceneedl at 7:20 PM

cue the the reeling bass.

no doubt about it space, boston's music conjurs up crystal clear memories of, what should I call it, my youth?

Hey, Wait a minute. Stop the music!
How did I get to be an old chick reminiscing about the music I now only hear on the oldies station?

"cue the the reeling bass."

while we're at it, since we're getting all nostalgic, cue the "reeling in the years."

time flies, my friend. whether you're having fun or not. and the more we try to slow it down, the more it slips through our grasp.

i so need a vacation.

p.s. you're still in your youth.

if i'm still in my youth, how can it possibly be that i'm shopping for high schools with my son?

funny, i don't feel old enough to be consulting one on such a big decision. next thing you know, he's going to want to start looking at colleges!

what does he take me for? a mature adult?

i don't know what the mental health implications are, but i'm keeping one foot in the present and one foot firmly in the past. i listen to old music and do my damndest to hang on to times that seemed so much simpler.

the cognitive dissonance reverberates up and down my spine every day, but you know what? fuck it.