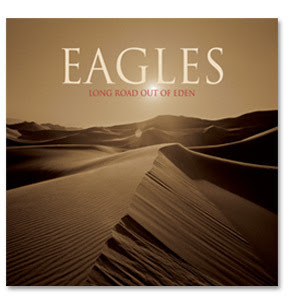 it's a long road.

it takes a long time to get there, and longer to get back again.

the happy valley lodge at big white resort is small, but comfortable. there's a little bar on one side, and a family area on the other, overlooking the skating rink.

it's a nice place to settle awhile at the end of a good ski day. sinking into a comfy chair in front of the fireplace, beer in hand, drifting a bit. paying half-attention to the music wafting over us from some faraway speaker.

what do you want to do about dinner? i don't know, pizza, maybe. how're those ski boots working out? good. i haven't thought about my feet all day. this sounds familiar...who does this song?

um...this is the eagles. this is an eagles song that i've never heard before.

mrs. spaceneedl and i have been eagles fans for a long time. their music has been part of life's little soundtrack for...well, as long as we've known each other. we own the CDs, and dropped a bunch of money for really good seats at walnut creek pavilion during the "hell freezes over" tour. but repetition fatigue being what it is, we played the music less and less over the years. so it goes.

it's implausible and convoluted that we'd have go to canada to discover new eagles music. that we'd randomly bump into it like an old roommate in a tibetan monastery. but there it is. "long road out of eden" was released in 2007 and totally escaped our attention for a year and a half.

in another outlandish coincidence, it wasn't but a few days later that i stumbled across a review of a new album from j.d. souther. souther wrote or co-wrote many of the eagles songs in the 70s, then fell off the earth for, oh, a generation. "if the world was you" comes 24 years after his last release.

i know you'll find it hard to believe, but i had a credible singing voice back in the day. i could hit the high notes on "witchy woman" or "take it to the limit". matter of fact, i could sing lead or harmony on any tune in the eagles catalogue. the point here, i think, is not my long-gone talent, but that the music was a constant presence, part of a tapestry of many good memories.

returning from the happy valley lodge, it was easy enough to find "eden" in the itunes library. i downloaded it immediately and have been playing through it, piecemeal. i haven't had time to really immerse in it, part of the larger problem-with-no-solution documented at length elsewhere.

souther's new work is now in my library as well (alongside "black rose" c. 1976), and it's excellent. his songwriting ability has diminished not one iota. his voice isn't as resilient as it once was, but who among us is?

it's enough that it is at all, and that after long absence there is something new from artists i had consigned to the archives.

i'm more grateful for this unexpected trove than i would have imagined. it's a bridge over a span of time that gets wider every day. a link to the aforementioned memories, now pleasantly refreshed -- for awhile, anyway. eventually what's new becomes old, and don henley was quoted saying, "This is probably the last Eagles album that we'll ever make."

it took a long time to get here, and there's no turning back. but the the beer is cold, the fire is warm and the music's on. that's may be better than we have any right to expect.
Posted by spaceneedl at 8:28 AM