when did we move to montana?

when did we say, "we want to get back to our primeval roots and touch predators higher on the food chain than we are"?

i'll tell you when. never. that's when.

just a few short weeks ago it was a bear roaming the neighborhood, voraciously devouring entire blocks, homes and all. the beast eventually was captured and renditioned to alaska, where it's currently hunting sarah palin.

within stalking distance of our house.

the sighting referenced in the news story was on our street. literally on the street where we live. where in the purchase agreement did it say, "buyer agrees to share right of way with man-eating cats"? i'll tell you where. nowhere. that's where.

it's important, at this juncture, not to roll one's eyes and ask, "what's next?" doing that invites all kinds of answers you don't want. the irony gods have an ironic sense of humor, see, and they love answering that question in all kinds of hilarious ways.

"hey, check it out. this spaceneedl guy wants to know what's next after the bear and the lion. quick, somebody fire up mount st. helens. and some good examples of climate change. and an alligator in the sewers. yee-haw!" 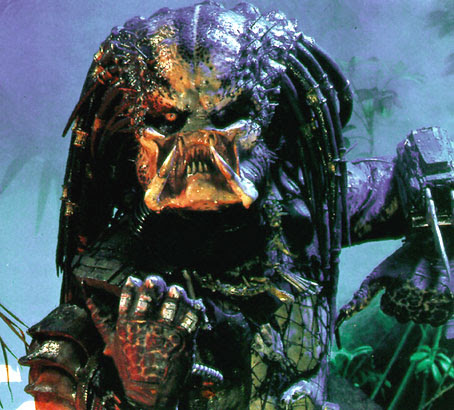 no, we'll not ask the question. we prefer to avoid inadvertently inviting uninvited trouble into our midst.

we'll just assume that it's always something, and quietly hope for the best.

Elusive cougar captured in Magnolia's Discovery Park, already released into the wild
A cougar that's been prowling Discovery Park in Magnolia for about a week was captured early this morning after being tracked and tranquilized by wildlife officers.

a couple nights ago i dreamed we had a cheetah in the house. it was going after our many little animals, and i scared it off with a baby gate.

i didn't say it was a realistic dream.
Posted by spaceneedl at 9:21 AM