four orders of good to go


"if you never did, you should. these things are fun, and fun is good."


we're t-minus one week to oahu.

the prospect is so good, it's hard to keep in the here and now.

we're constantly recalculating the minimum required to stay functional any given moment, so as not to interfere with our pre-trip prep and general euphoria.

which is to say, we're making plans. oh my, yes.

plan a: scuba diving. the boy is on the brink of scuba certification, and so four dives off southeastern oahu are scheduled and paid for.

these dives will differ dramatically from his experience in puget sound, where the water is 50F year-round. he'll be able to see, for one thing. there's not a lot of light around here these days, so visibility is about six feet. in the bright midday sun off oahu, we expect to be able to see most of the way to san francisco. which will be good...we'll be able to see the dorsal fins circling us.

there will be surfing. the rest of the family took lessons in maui a couple years ago, and they're ready to give it another go. shoot, i may even try it myself. you haven't really lived, after all, until you've been hit in the head with a surfboard or nibbled experimentally by a shark. 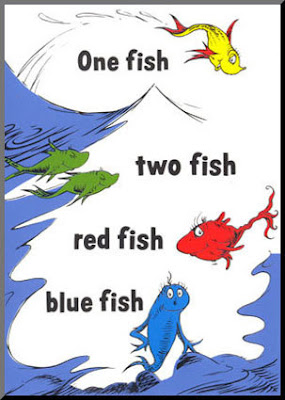 speaking of nature's perfect predator, there will be an excursion in a shark cage. last time, sailing out of haleiwa, the boy and i spent 25 minutes within touching distance of a swarm of galapagos sharks. they looked impressively predatory, but word on the boat was that they're bottom feeders. which means they may bite you in the ass.

other sharks sometimes seen on these trips include tigers, gray reef sharks, and pelagic hammerheads. all are described as "aggressive to humans." but we'll be, you know, in a cage. what could possibly go wrong?

10 more very good things to get giddy over in oahu (in inverse order from top to mid-list, then in reverse...)

4. grilled shrimp with rice from the lunch truck across the street from keneke's family bbq in waimanalo.

5. hiking up to the lanikai pillboxes.

7. paddle surfing to the mokoluas.

9. thanksgiving at the beach.

10. endlessly, pointlessly contemplating how we can stay and live the island life.

these things will be fun, and fun is good, while it lasts. to that end, we'll invoke the corollary that if a little fun is good, more is better.

update: this just in from the national weather service, for western washington...

... A CHANGE TO MUCH COLDER CONDITIONS IS POSSIBLE FRIDAY INTO NEXT WEEKEND...

COLD AIR IS EXPECTED TO DEVELOP OVER WESTERN CANADA DURING THE UPCOMING WEEK. THERE ARE STRONG INDICATIONS THAT CHANGES IN THE WIND FLOW ALOFT TOWARD THE END OF THE WEEK WILL ALLOW SOME OF THIS COLDER AIR OVER WESTERN CANADA TO FILTER INTO WESTERN WASHINGTON FRIDAY OR SATURDAY.

WEATHER GUIDANCE ALSO SUGGESTS THAT THERE IS A RISK OF SNOW... OR MIXED RAIN AND SNOW SHOWERS OVER PORTIONS OF THE AREA FRIDAY OR SATURDAY.

the fun just does not stop.

Sent from my iPad
Posted by spaceneedl at 8:32 AM

But, but, but Mt. Baker opens this weekend!!!

Yeah, I know, no contest.

with la niña smiling on us, it seems there will be plenty of time to play in the snow this winter...and i have medical clearance to do just that.

but for now, i'd rather be warm.