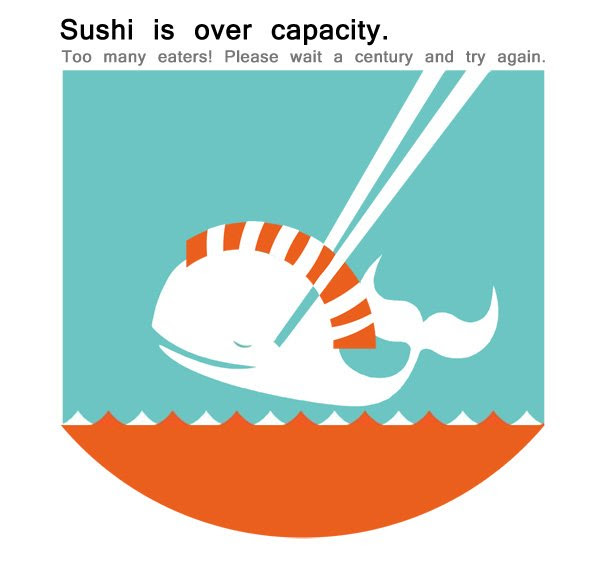 "Extinct" Salmon Discovered in Japanese Lake
A Japanese salmon thought to have been extinct for 70 years has been discovered in a lake near Mount Fuji.

Last uncontacted tribes in the world discovered in Amazon jungle
An undisturbed civilization has been discovered on the Peru-Brazil border. BBC film shows gardens, homes, and people covered in red body paint.

Mad bovine refuses to go quietly
A cow that escaped a slaughterhouse, swam across the Missouri River, and was sent to a failing Montana animal sanctuary has lived to low another day.

you might think not-extinct japanese salmon, lost amazon civilizations and an indestructible cow would have nothing in common.

and on most days you'd be right. but today, if you scrunch up your brain in a certain way, you might discern at least one silvery thread tying them together: they all should be very afraid that "civilized" humans will kill them.

if you read the links, you see that the japanese government is "drawing up plans" to preserve the rediscovered salmon. that the peruvian and brazilian governments are taking steps to protect the lost tribes. that animal welfare groups are stumbling toward some sort of arrangement for the determined cow.

and a flickering moment of hope might light on your soul like a butterfly, causing you to smile ever so slightly as its wings tickle your karma.

if you want to keep that smile and that soul and that hope, you'll want to cease any further thought about these little stories. right about now...

the japanese, of course, are famous for killing things that should be protected. whales, anyone? despite worldwide condemnation, japanese ships continue to slaughter whales "for scientific purposes." and you know how the japanese enjoy their sushi, the more exotic and endangered, the better.

brazilians and peruvians are unlikely to sacrifice potential profits when there's a tree that can be chopped down or a strip mine that might be slashed. they're remarkably like americans, in that regard. plus, anyone peaceably wandering around a garden wearing little more than body paint should expect to be forcibly converted to christianity any moment now.

and the cow? there are entire industries dedicated to slaughtering animals in this country, not to mention the millions of pets euthanized every year because we can't be bothered to care for them, and let's not forget to forget the countless homeless people we ignore as if they were odd, unattractive furniture dumped on the side of every road.

see what happens when you read between the lines? it's no fun at all! better that we enjoy the rainbows and faeries and unicorns, then look away quick before the happy ending goes all simon cowell on us.

the japanese salmon were, in fact, saved. their numbers increased until a stable population was established, and biological diversity was maintained. then mount fuji erupted.

the lost amazon tribe stayed sequestered from the aggressive intrusion of logging and strip mining. they continued to live in peace until one of the tribe found an ipod left behind by an anthropologist.

the cow was shipped to india, where it wandered freely amongst adoring crowds for many years. it died after drinking from the ganges river.
Posted by spaceneedl at 4:36 PM

Now, please excuse me while I go feed my unicorn.