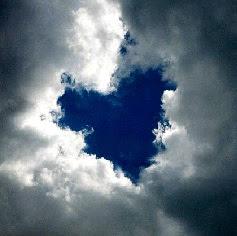 these times are so uncertain
there's a yearning undefined
and people filled with rage
we all need a little tenderness
how can love survive
in such a graceless age
the trust and self-assurance that lead to happiness
they're the very things we kill, i guess
pride and competition cannot fill these empty arms
and the work i put between us,
you know it doesn't keep me warm

i'm learning to live without you now
but i miss you, baby
the more i know, the less i understand
all the things i thought i figured out, i have to learn again
i've been trying to get down to the heart of the matter
but everything changes
and my friends seem to scatter
but i think it's about forgiveness
forgiveness
even if, even if you don't love me anymore

two things we know with great certainty: amanda knox is free, and troy davis is dead.

let us stipulate that neither you nor i know if knox was innocent and davis was guilty. or vice versa. or some shade of red in between. what is clear is that the perky, affluent white chick survived the flawed conviction, and the permanently affected black guy did not.

when knox was incarcerated, many americans howled that the italian justice system was a sham. now that she's been freed by that system, we assume its image is rehabilitated in their eyes.

the u.s. justice system, meanwhile, continues to kill people whose guilt is in doubt. rehabilitate that, with a straight face.

curious, too, how many people are feting knox's return to seattle. though there's no certainty about her participation in a grisly crime, she's received a celebrity's welcome.

which is fine. she may very well be innocent.

but if you stumble across her using a butter knife in some secluded coffee shop, it might be prudent to keep a safe distance.

davis, meanwhile? dead. despite real doubts about his participation in a grisly crime. which should raise doubts about which legal system is more of a sham.

knox soon will be sorting through book deals and screenplays. her four years in prison will be worth millions. you know many people would make that bargain without batting an eye.

with great certainty we know troy davis would take it. if he weren't, you know, dead.
Posted by spaceneedl at 11:50 AM