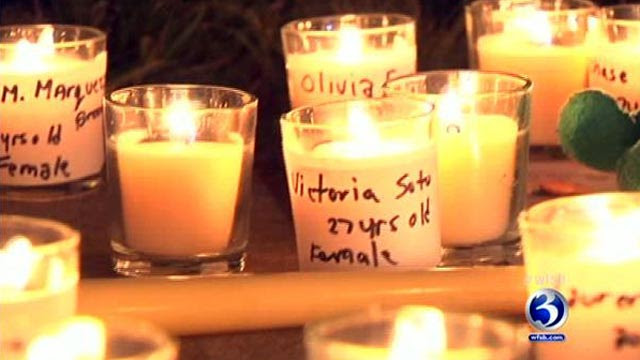 "The majority of those who died today were children — beautiful, little kids between the ages of 5 and 10 years old. They had their entire lives ahead of them — birthdays, graduations, weddings, kids of their own. Among the fallen were also teachers, men and women who devoted their lives to helping our children fulfill their dreams." ~ barack obama, 12/14/12

some days the news coming out of the computer screen blows your hair back and then knocks you down.

this is (another) one of those days.

20 children, six and seven years old. and six adults, some of whom died protecting their kids from the bullets that came in torrents.

look at the faces of the children here. see the gleam in their eyes? they were smart, you can tell. and like most kids, they were growing up too fast, exposed to too much too soon. they probably understood what was happening to them.

see the criminal robbing a bank at gunpoint?

he doesn't look like part of a "well regulated militia," as specified by the second amendment to the u.s. constitution. but there he is, bearing arms, as we are told is his inalienable right.

this photo was taken at the bank of america branch in our neighborhood. which is right across the street from where we eat breakfast three or four times a month.

the people in the bank have no idea how close they were to death that day. maybe close, maybe not. maybe the large gun was a fake. maybe it wasn't loaded. then again, maybe it was ready for business, one startled moment from being used as it was intended. they have no idea.

"why do the nations so furiously rage together?"

friday night, the evening of the shootings, we attended the opening performance of handel's messiah in seattle. the moment of silence for the children stretched out far longer than such things usually do. as it went on, as the seconds spun out, it became an invitation to the audience. you could hear the sighs and sniffling becoming ubiquitous, before someone eventually said "thank you," and the lights dimmed.

i closed my eyes, and when i did it occurred to me that a shooter could just as easily appear here as in a theater in aurora, or a university in virginia.

"why do the nations so furiously rage together?" asked the baritone, mournfully, angrily in the second act. why do people rage together, and alone? why does individual pain too often lead to violence and destruction, rather than creation?

where is the hope and the joy evoked in the hallelujah chorus?

and why is it always the men who devolve to this kind of savagery?

even now the voices of surrender insist there's nothing we can do to allay the slaughter. we failed in the war on drugs, they say, so how can we hope to regulate guns. how can we even try.

these voices, it seems, are content with the status quo. it's horrible, the constant threat of another storm of bullets... but nothing can be done. it's always been this way. it's in the constitution.

these voices are unmoved, apparently, by the faces of the children scrolling by on the screen. that, or they just don't care. or they don't care enough to try.


i avoided the news, briefly, at lunch friday. the sun was out, there was a race packet to pick up, and a quiet drive in between.

the running shop was buzzing with positive energy, which is always the case on packet pickup day. smiling people moving quickly, with purpose. immersed in that glow, it was possible to forget, for a few moments, what happened earlier in the day on the other side of the country.

then you leave the shop, and the smiles fade.

and you think about your own children, making their way through their own day, vulnerable.

send an email to your governor, your representatives, today. tell them the status quo of limitless access to guns and limited access to mental healthcare is no longer an acceptable option.

So deeply heartbreaking, Newtown, and your post is a beautiful expression of that heartbreak.

howard, i emailed jay inslee twice during the campaign to ask his position on meaningful gun control (his web site was blank in that regard). and twice i got back a boilerplate, "jay respects the 2nd amendment but we must do more" response.

yesterday i sent him a very angry email asking what he was prepared to do, specifically, about assault weapons, high-capacity magazines, and funding for mental health services in our state.

i'll let you know what i get back.