much hotter than any race i've ever run.

by the end, i was overheated and depleted. desiccated and enervated. and some other rhyming words. numb and dumb, maybe. 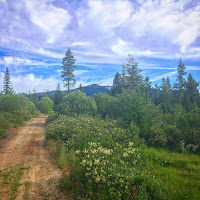 man, trail running doesn't get much better than that.

it's almost a shame the second loop had to happen.

late-morning sun quickly pushed temps into the mid-90s, baking the course's exposed terrain. running from shade patch to shade patch in (or near) the trees became a thing i actually did, while constantly reminding myself to keep moving forward at best-possible speed.

at every aid station i filled my bottle with water, drank half of it down and filled it again, chugging cups of gatorade in between. i sloshed as i rumbled on down the trail, to repeat the process at the next stop.

at every step i was grateful for the paddling hat i put on at the halfway point. i'm pretty sure it kept my little brain from cooking all the way through by the end.

i was also grateful for first woman finisher julie cassata, who ran past me at about mile 20 (which i was power-hiking). her rock-steady pace reminded me i was supposed to be running this thing, which i proceeded to do.

as is typical, some song played on an endless loop in my mind most of the way, and i mentally composed a blog post about the day's travails. standing here today i don't remember which song, or any of the words from that post.

despite the elevated degree(s) of difficulty, the second 13.1 miles was still only as far as the first. inevitably the festivities concluded with a steep descent, a lope to the finish line, and a long splash in the river rolling by trailside.

these were without a doubt the toughest conditions i've ever run long in. despite that, my inner demons kept their big mouths shut, and there was no point at which i didn't want to be out there. my head was befogged for several hours afterward, but my legs felt remarkably good. in sum: i'm kinda proud of this one. 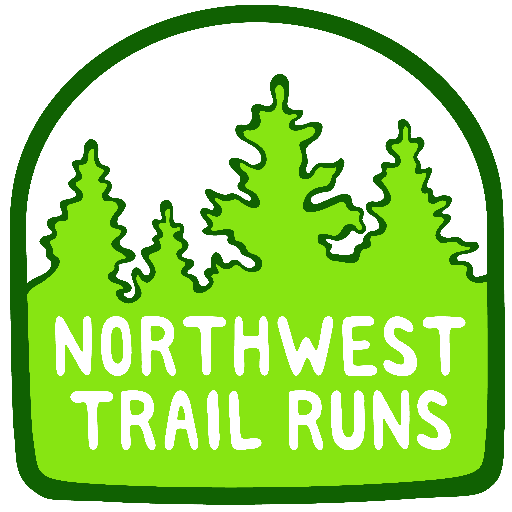 ***********
heartfelt thanks to the entire northwest trail runs team ~ especially the volunteers at the far-flung aid stations. they worked in the heat longer than any of us, and on this day that was no small matter.

related: this is a really fun course that i can't wait to run again. nice job, nwtrails.

related II: heading over from seattle the day before the race was the way to go. my night of solo car camping at the start/finish area was calming and peaceful ~ maybe because i had the whole place to myself. i need to do that more often.
***********
the teanaway marathon

song stuck in my head the entire time:
(still no idea)
Posted by spaceneedl at 3:27 PM