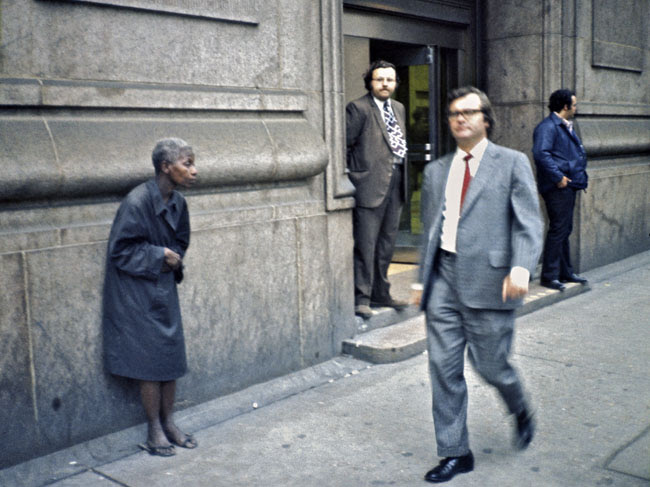 i gave five bucks to a homeless woman yesterday.

as i was walking away, someone heading the same direction said, "giving them money just encourages them."

i made an ugly face at him. "yes," i said, "she looked real encouraged, didn't she?"

he shook his head at me and walked on.

seattle in november is a lousy place to be homeless. it's cold and wet and dreary. that combination has to weigh particularly heavy on someone in an already-precarious mental state.

did you know that up to 25% of homeless people are seriously mentally ill? i'm no psychiatrist, but i'd bet real money that "serious mental illness" makes it difficult for one to participate in the american dream. even if they're not mentally ill, i'd bet that going to sleep under a bridge and waking up in a dumpster makes it difficult to interview for a job.

Q: if a mentally sound person is scrounging for food and sleeping outdoors every day, how long do you think it'll be before they're mentally unsound?
A: not long, i bet.

did you know that about 25% of the homeless are u.s. military veterans? we make a big show of supporting the troops and honoring veterans, and yet somehow tens of thousands of them end up on the street, holding a sign asking for spare change. i'd bet that the reason they do this has nothing to do with them being "too lazy to work."

did you know there are 1.3 million homeless children in this great nation of ours? that's bad, right? but wait, there's more. almost half of those kids are under five years old. how do you suppose life is going to work out for those kids? not a lot of harvard grads in their ranks, i bet. maybe, if they're really lucky, they'll end up in the u.s. military, emptily patronized, and kicked to the curb. again.

assuming they live that long.

more times than i care to count, i've heard otherwise intelligent people sneer at a homeless person, as if their homelessness were actually a clever disguise for indolence and treachery. as if the guy sitting on the corner in the rain were saying, "ha ha, you have to go to work and i don't, and when you're out of sight i'm going to take the money suckers like you have given me and go buy a fucking yacht."

why otherwise-intelligent people equate homelessness with "a great scam" is hard to fathom. it makes me wonder whose side they'd be on if they came across someone kicking a litter of homeless puppies.

(i mean, you people would defend the puppies, wouldn't you?)

i wasn't thinking about any of these things when i handed five bucks to a homeless woman yesterday. i was just thinking she looked exhausted and miserable and hopeless. i felt bad for her, knowing five bucks would change her circumstance not one iota. probably i could've handed her five hundred bucks, with the same net result.

maybe she took that money to the grocery store and bought as big a fortified beer as she could afford (because that's what all those lazy bums do, right?).

i wouldn't have blamed her one bit.
Posted by spaceneedl at 9:46 AM

If I give someone who 'need', I never have an argue in my heart, whatever people say or think about my action. I found a lot of people who need our help. I only give them (money, smile, encourage, say hello, etc.) following my 'heart', not my 'mind'.