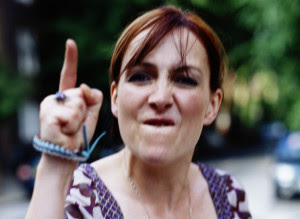 but it's not your fault. you have brain damage.

according to doug fields, phd., "A disrespectful, stressful social environment is a neurotoxin for the brain and psyche, and the scars are permanent. [The impairment] is associated with increased risk of craving, drug abuse and dependence, and a weakened ability to make moral judgments."

this explains so much.

it explains, for example, republicans. if we're being honest here (and we are), we have to agree that the gop is the party of rude mother%@#&)*s everywhere.

they're egregeously uncouth on so many fronts it's hard to sort them all, but for starters, republicans are painfully ill-mannered toward the u.s. constitution, the poor, the sick, the homeless, the environment, endangered wildlife, the economy, brown people, and countries with imaginary WMDs.

on the other hand, republicans are exceedingly polite to the wealthiest 1% of americans, wealthy wingnut media celebrities, and wealthy transnational corporations. so, go figure.

but look, it's obviously not their fault. at some point their brains must've been filled with noxious socio-environmental neurotoxins, which they can't help but pass along, generation to generation. these are sad, destructive, cringe-worthy family values, but they're family values nonetheless, n'est-ce pas?

to be fair, one needn't be a republican to be a rude mother$%#&!*. consider the many homes around the country, wrongly foreclosed on and siezed by predatory banks, forcing families into the street. and how about the man in pittsburgh whose home was mistakenly demolished by the the city while he was at work? that's some rude sh*t, isn't it?

again, not their fault. we have to assume they were raised by vampires or reality tv producers or potted poison ivy.

that's us! is not america chock-full of people just like that? oh my, yes. which means we're constantly cultivating even more deeply disturbed people, then sending them out into the world to create more stress, more neurotoxins, and more rude mother%@#&)*s.

eventually we will be overrun with rude zombies who exist in a spiritual semidarkness that never lifts, snarling their way through each day, then scuffling home at night to sit in their home theaters of rudeness, refueling in preparation for more of the same the next day.

it is a disturbing prospect, certainly, one that must be countered with large quantities of great art, great sex and great wine. there are other antidotes, of course, including excellent food, copious sunshine, happy puppies, healthy children, and books instead of television.

interestingly, not everyone exposed to the rude is doomed to contract the disease. some people are simply immune. gravitate to them like garden plants to the sun, in the hope that some of what they have might rub off on you. literally or figuratively, whichever you can manage in good conscience.

and if it helps your state of zen, remember the rude can't help the way they are. it's not their fault.

it's the brain damage talking.
Posted by spaceneedl at 5:50 PM

This is somehow disturbing, affirming, and hopeful all at the same time...and I'm drinking coffee instead of wine at the moment.

well, then...i've done my job. imagine, though, how much more disturbing and affirming it might be with wine.