i read the news today... 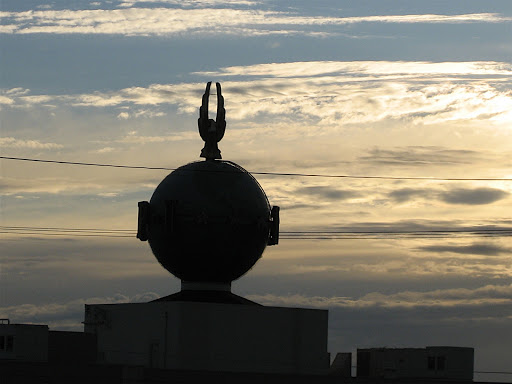 i know, that theme is getting tiresome, but the hits just keep on coming.

yesterday it was the report that another major daily newspaper is up for sale and in imminent danger of shutting down.

that's bad enough, because the same thing has been happening to papers all over the country. old, venerable publications that have for generations kept an eye on government and criminals (often one and the same) and the many pillars of our national infrastructure.

previously it was the chicago tribune declaring bankruptcy. the rocky mountain news, for sale and facing closure after 149 years. the miami herald, on the block after 105 years. the herald and the bristol press in connecticut. pop, pop, pop, like soap bubbles, one after another.

across the country, publishers have made deep cuts in staff and entered into last-ditch joint operating agreements with other papers. the st. louis post dispatch. the atlanta journal-constitution. the helena independent-record. the tulsa world. the kansas city star. the raleigh news and observer. the fort worth star-telegram. the litany goes on and on, reading like a list of battleships slowly sinking to the bottom.

that's all bad enough (and it is very bad) -- but this time it's at our front porch. the seattle post-intelligencer, one of the two seattle dailies, is on the brink of winking out after 146 years. the paper is for sale, with 60 days to find a buyer.

"If no buyer emerges, the paper would either become a Web-only publication or cease all operations. P-I employees were silent as they listened to the announcement, which lasted about 10 minutes. Some shed tears. Others held up cell phones or voice recorders in news-conference fashion. Phones rang unanswered and the police scanner buzzed on."

there are about 100 different reasons why media consolidation and contraction is bad for our experiment in democracy. one of the worst is control of information by a handful of corporate entities that may have no interest in reporting actual news. how would it be, for example, if rupert murdoch and his ilk ran the media in the world's major markets? all fox news, all the time. that prospect would be worse than no news at all...

"In a report this week, corporate-ratings agency Fitch predicted that some newspapers and newspaper groups are likely to default on their debt in 2009 — possibly leaving some cities with no daily newspaper."

wearing the obvious-hat just a bit longer, it comes to this: if there are fewer and fewer independent news-gathering sources around, who will collect and announce the news? what will the quality and veracity of that news be? who will keep an eye on those who richly deserve to be watched?

sunshine is the best disinfectant -- which explains why today it feels like the creeping crud inched closer to our collective front door.

unrelated-but-related update: boeing will lay off 4,500 workers, most of them in the puget sound region.
Posted by spaceneedl at 10:14 AM