an apple a day cures teh gay 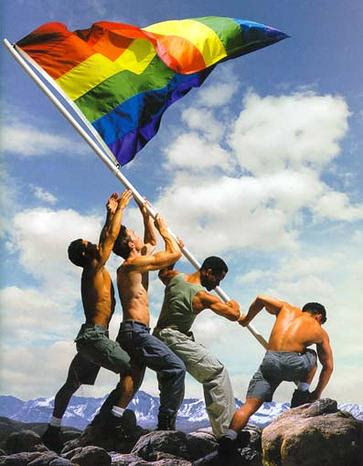 "The 'gay cure' app was created by Exodus International, a religious organisation which believes in teaching 'freedom from homosexuality through prayer and practicing conversion therapy.'"

"The app is offered free on Apple's iTunes online shop and was given a '4+' rating by the company, meaning it is not considered to contain objectionable content. Apple was criticized earlier this year for approving an app that encouraged users to take a stand against gay marriage."

i don't know why everyone is getting so upset.

this is great news. i mean, if an itunes app can convert gays to straighthood, imagine what else might be possible.

for one, it should be equally possible to convert straight people to gayness. maybe even without their consent. wouldn't that be a hoot? imagine your favorite hate-monger and homophobe as a flamboyant, out-of-the-closet gay person.

then imagine throwing them to the wolves, in amongst their fellow haters, just for a little while. whoa, the manolo blahniks are on the other feet now, ain't they bubba? how's that feel?

while we're at it, how much dev time would be required to convert faux christians into real christians? whoo, would that be awkward for them, or what? i mean, to suddenly have to actually, you know, practice all that jesus stuff? for the government to spend all those trillions (trillions!) on peace and health and children instead of death and devastation? for wall streeters to have to stop stealing? for focus on the family folks to focus on actual families? crazy!

how about an energy policy app? one that would require a committment to sustainability in lieu of turning the planet into an irradiated tar pit.

a jobs app that would put people to work rebuilding this country instead of watching it fall down around us.

an education app that teaches people that being smart actually does make one elite...and that's a good thing.

a time travel app that shows you how your life is going turn out if you don't stop acting like an idiot all the time. this one could be bundled with the education app, and linked to the job app, with screen captures of the many happy alternatives available to those who embrace the possibilities.

when those apps become available, of course.

in the meantime, though, we'll apparently have to settle for the funny little gay cure app which does nothing but point out the need for many other apps that might actually be worth a damn, and might actually exist if so many idiots weren't wasting so much time on this kind of idiocity.
Posted by spaceneedl at 11:31 AM

Sounds like they need the walk-a-mile-in-your-shoes app. Or how about the what-would-Jesus-do app? Ooh, how about the crow-actually-tastes-pretty-good app?

after much protest, apple has pulled the gay cure app.