give 'til it hurts 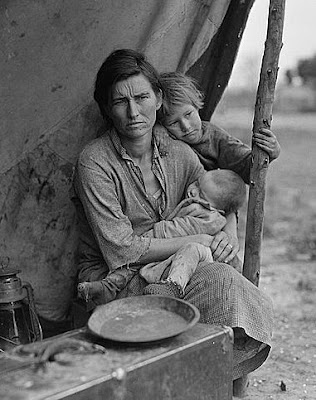 cut them to the bone. then keep on cutting.

it's nice, isn't it, that so many americans are sacrificing in these difficult times? what's not so nice is that the people doing the sacrificing are the ones who can afford it least.

here's a fun story that poses the not-rhetorical question, "have washington public employees given enough?"

Since the recession hit, the Legislature has suspended cost-of-living increases for state workers. In addition, more than a third of state workers in the past year took unpaid days off. The number of furlough days varied by agency and job, but some workers have taken at least seven unpaid days since last year, with more coming.

(Gov.) Gregoire has proposed an additional 3 percent cut in pay through unpaid time off during the next two years...

teachers? you expect to be paid? isn't the privilege of teaching our children reward enough?

please note that the vast majority of state workers make between $30,000 and $60,000 a year. so by definition, they are not driving expensive cars, taking fabulous vacations, or living in posh neighborhoods.

rather, they are barely getting by. they live paycheck to paycheck. and they are one financial setback away from ruin.

but that instability is not enough for some.

State Sen. Joe Zarelli, R-Ridgefield, Clark County, argues even more needs to be done to reduce state worker costs, either by lowering wages and benefits, or cutting the size of the general government work force.

State Sen. Rodney Tom, D-Bellevue, agrees. "We can't have a world where public employees are the haves and the taxpayers are the have-nots," Tom said.

he's not a quality individual.

zarelli, it should be noted, introduced a strangely wisconsin-esque bill to gut collective bargaining for washington public employees. his bill was killed, eliciting howls of rage from hell.

like wooden dummies, walker, zarelli and toms are reciting the exact same lines--and it begs the question: who's yanking their strings/giving them their talking-orders? and how much have they been paid to be so pliable?

additional point of order: in what world does $30-60K make you one of the "haves"? and just for the the sake of discussion, aren't public employees taxpayers as well? if so, this would make them haves and have-nots simultaneously, creating a vacuum that nature abhors--almost as much as it hates legislators who hate government.

and really, isn't this where the corporatist, antigovernment rat-hole leads? "public employees cost too much. we should eliminate their pensions! we should bust their unions! we should privatize public services and give sweetheart contracts to our donor-cronies!"

have you noticed? right-wingers no longer wrap themselves in christianity and family values. which is a good thing, strategically, because good luck selling any of that jesus stuff now.

in the revised gospel of right wing america, we disdain the poor and the sick and the children. sacrifices must be made. and the cutting will begin on the least among us.

update: the divide as observed by jon stewart...

Posted by spaceneedl at 7:12 AM

mr. needl, I thank you. As a married father of one homeowner Washington State employee making just over the low-end of the range you stated, I'm bracing myself for the next round of deep cuts at the state institution where I work.

I've started to spread the word that I might be in need of a job by the end of June, but the job market here is frighteningly thin.

at least you know your state representatives have your back (and the knife they want to put there).

good luck to you, my friend. and to your colleagues. and your students. and their parents. and the people in the community who rely on their business.